Surge refers to the peak of instantaneous exceeding the stability, including surge voltages and surge currents.

Surge of power supply systems mainly come from two reasons: external (reasons for lightning) and internal (electrical equipment start and stop, etc.). The characteristics of surges are often very short. The overvoltage caused by lightning is often in the micro-second level, the overvoltage caused by electrical equipment is often in milliseconds, but the instantaneous voltage and current are extremely large, and it is very likely to use electricity equipment and The cable is harmful, so the surge protector is required to protect them.

Surge protector, English name Surge Protective Device, referred to as SPD, is an electronic device for providing safety protection for various electronic devices, instrumentation, and communication lines, mainly for limiting overvoltage and bleeded surge currents. The surge protector is generally in parallel with the protected equipment. When an overvoltage is generated, it can act as a split and voltage pressure. Prevent excessive currents from damage to the device.

Although the discharge gap and the working principle of the pressure sensitive resistance are different, the basic characteristics are very similar: when there is no overvoltage, their impedance is very high, generally the megapometh, which is almost equivalent to the disconnection. When an overvoltage occurs, the impedance is rapidly dropped to several Europe. The surge current will flow into the ground through the surge protector, and will not enter the equipment, and because the impedance of the surge protector is small, its two The electric voltage is also small, and because of the parallel of his and protected equipment, it will prevent the device from withstand a large surge voltage. In this way, the effluent and restricted effects are played. 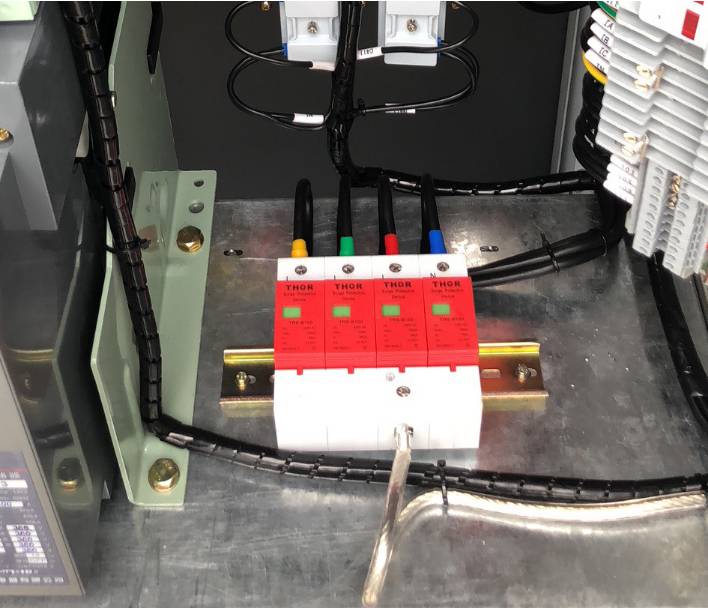